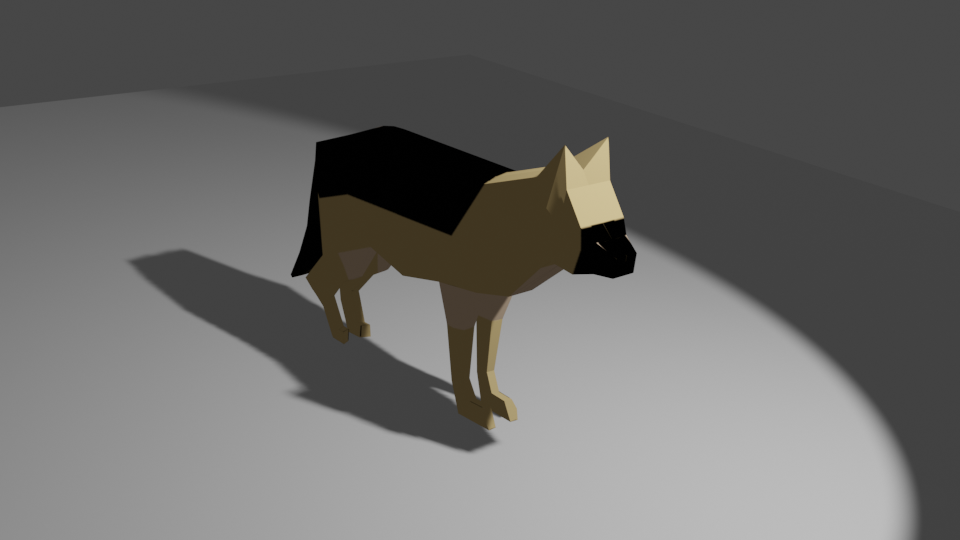 After thinking about it forever, I’m finally attempting to learn 3D modeling. Today I completed my first project a low poly German Shepherd.

The tutorial I followed showed how to model a low poly giraffe. I decided to follow the same techniques, but instead model a German Shepherd. The video did a great job of breaking down the steps, so it translated well.

The first tutorial only included a solid color. I decided to extend it a bit by following this tutorial on texture painting. I originally painted using a brush, but found it a bit strange to have round edges on the texture when the underlying model was quite blocky. I instead opted for just filling in faces. I’m not super pleased with the end result, but it does somewhat successfully communicate that this is a German Shepherd. Without the colors, I found the model looked like a fox or a coyote.

Early mistakes and decisions really define what your end product looks like. Quite a few times I found myself with some poorly positioned vertices that I had to manually move back in place. Having made it to the end, I can hopefully give myself a better starting point next time around.