Today is my two week-aversary of waking up to one of the worst illnesses I can remember. I still haven’t fully recovered, but would like to share what the experience was like. Despite being bombarded with COVID numbers every single day, I really didn’t know what to actually expect.

My partner was alerted via contact tracing that they had been in contact with someone that tested positive for COVID-19. This kicked off symptom watch for both of us and after a couple of days my partner came down with a fever and tested positive for COVID-19. We had already started quarantining since the exposure, but now had an interesting situation on our hands. I hadn’t developed any symptoms yet, so we now had to decide how to handle living arrangements.

We decided to attempt to isolate in a one bedroom apartment, on the off chance that this would prevent me from also picking it up. A couple of days later, I had a headache, fatigue, and diarrhea. I continued to monitor my temperature for a fever, but each time came back normal. It seemed plausible that the current situation was genuinely tiring and that I was making up how I was feeling. After receiving a call from public health, they confirmed that the symptoms were enough to warrant getting a test. I drove to a drive-thru testing site and got to experience the now famous Nasopharyngeal swab. See here if you’re not sure what this looks like. It’s basically a giant Q-tip shoved up your nose until it hits your brain. 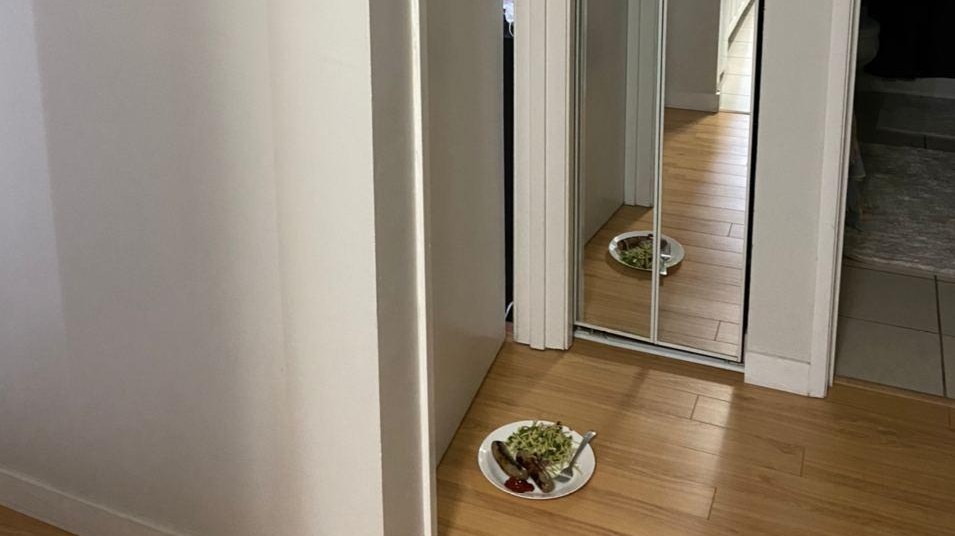 That evening, my headache got worse, but that may have been from the swab. I woke up the next day still feeling mediocre and took the day off work. By early afternoon I received an email notification that my test results were in. At this point I’m hoping for a postive test, because otherwise everything I’ve been feeling has been conjured up by my brain. I log in to find my negative results and receive a call later that day letting me know that my test came back negative.

All Along It Was a Fever

The next morning I woke up in a dream like state. I was sweating, my body hurt, and I had a pounding headache. I didn’t have the energy to do anything about it so I continued tossing and turning hoping it would go away. I’m sure several hours passed like this until I realized that I was going to have to wake up and face it. I struggled to get myself seated in bed and took my temperature. I had no question about whether I had a fever, but I wanted to know how bad. The digital thermometer rocketed past a healthy 37°C (98.6°F) and finally flashed red at 40.1°C (104.2°F). I no longer cared what my test said, I knew I had COVID.

I don’t pay much attention to medication and honestly didn’t know that Tylenol was a fever reducer. I knew if my fever didn’t go down things would get worse, so I started taking Tylenol every 6 hours to help get ahead of it.

I’m now sitting up in bed coming to terms with the situation. Truthfully, there’s not much happening in the brain. My body (particularly lower back) is in a lot of pain - sitting hurts, moving hurts, and thinking hurts. My head felt like it was going to explode. If that wasn’t bad enough my eyes were also experiencing some of the worst pain they ever have. I also had conjunctivitis.

The first roughly four days was pretty much a rinse and repeat cycle of the above symptoms. The fever temperature came down, but I was pretty much constantly in a fever state. Exercise for the day consisted of making it from the bed to the couch. As the fever eased up a bit, I figured I would return to feeling better fairly soon. That was overly optimistic. 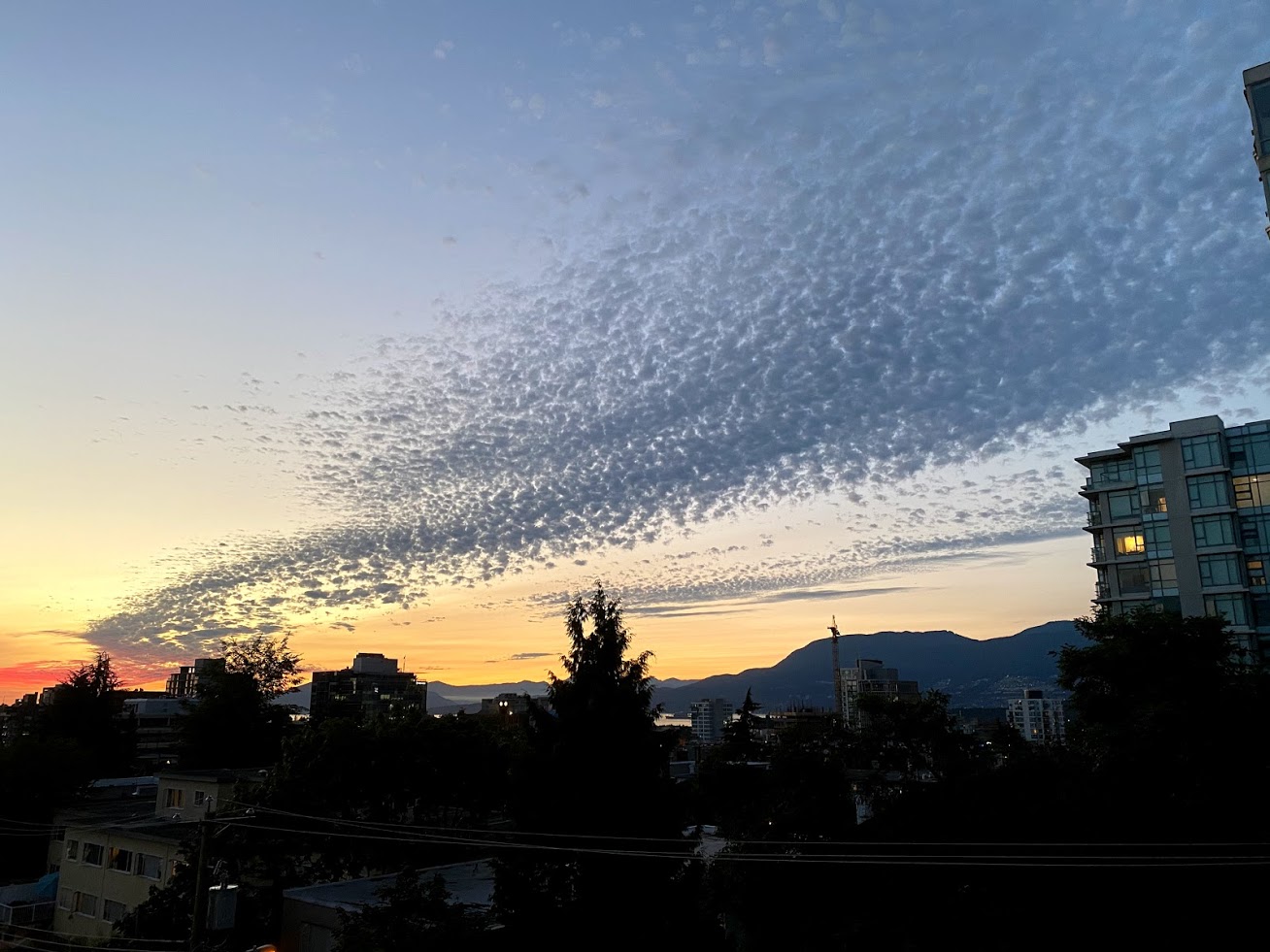 My appetite was pretty much non-existent from the first day of fever. Once the shock of things calmed down, I remembered that loss of taste was possibly a thing. I was hardly eating so I wasn’t thinking much about it. I put some peanut butter on toast (about the only thing I could fathom stomaching) and took a bite. I could feel the texture of the peanut butter, the nuts inside, and the bread…but there was little to no taste. I started wondering if it would ever come back (spoiler alert: it does).

I was still in contact with public health and let them know about my fever. They continued to check in on me roughly every other day throughout the process. Each time we would go through a list of what symptoms I was experiencing. The calls were not really that useful nor exciting, but I at least found comfort in knowing that I had someone I could contact to know when or if I needed to go to the hospital. I wasn’t too concerned with the fever or body aches, but soon the COVID lung special kicked in.

When the lockdowns started in March, we all got a taste of what quarantine is like. But even in those times, you can go to the grocery store, do your laundry, or go for a walk. With confirmed positive tests, a proper isolation is necessary. That’s easier said than done though.

You can’t really predict when something like this strikes, so no matter what you’re caught off guard. I got caught at the tail end of the chore schedule. Laundry was already piled up waiting to be brought down to a shared laundry room. The fridge was pretty near empty as the weeks meals had already been made.

Thankfully a few friends offered to pick some things up if needed and we redeemed these offers through the days of isolation. Food delivery services were also an essential part of the survival program. Most now offer a leave at door option. This seemed mildly excessive when things first started, but I was now thankful that it existed. Cooking is really not much of an option when you are exhausted.

I took the next week off from work. I have never taken so many consecutive sick days. I’ve really only taken a few sick days in my entire working career. This made me uncomfortable, but it was 100% worth it. I struggled to make it through most of the days. With low energy levels, it’s difficult to do anything productive. I mostly bounced between Netflix and Scrabble Go hoping the days would pass as quickly as possible. 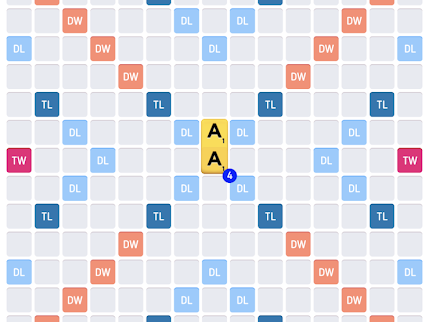 The best move I could muster with Covid brain

The middle parts of the process are all a blur. The days blend together and I can’t recall much of any importance. Occasionally I would step on to the balcony for some fresh air. Unfortunately, the lack of taste is combined with a lack of smell. Going outside just made me feel worse seeing the final days of Summer slipping away.

Public health is responsible for giving the green light for when you can come out of isolation. From the start they made clear that this would be 10 days after symptoms first started or until symptoms were no longer present (whichever was longer). When I made it to the 10 day mark, I was still having headaches, fatigue, and a cough. They delayed clearing me for a couple more days and eventually I received a call letting me know that I was good to go as the headaches mostly went away. I confirmed that having a cough was ok and they said that many have had a lingering cough but were no longer infectious.

So far I have yet to have what I would describe as difficulty breathing. I did and do still experience chest tightness when breathing deeply. I also suffered what I can only describe as a mild panic attack, which resulted in quite a bit of chest tightness. We still don’t really have a good grasp of long term effects. I’m still struggling to return to what I would deem normal cognitive function and energy levels. Worst of all, I’m stuck with a lingering cough. I have been cleared as not infectious, but it’s not very comforting seeing my cough get worse (probably even less comforting for the people around me that are looking to avoid getting covid).

There’s no shortage of controversy or conspiracies surrounding COVID-19. Wherever you fall on that spectrum, please remember that these are complicated times. Everyone is impacted in a different way and everyone has a different primary concern. Most of us struggle coordinating between just two people let alone the entire global population.

I have washed my hands for as long as I can remember. If you asked me why, I probably could not have given a coherent answer. I recently learned that the efficacy of hand washing is a fairly new discovery. This article gives a quick summary. In 1846 Ignaz Semmelweis, a Hungarian doctor, started investigating differences in infection rates to better understand the cause. Hospitals started bringing in rules that mandated handwashing, but doctors continued to refuse to wash. “It was not until the 1980s, when a string of foodborne outbreaks and healthcare-associated infections led to public concern that the United States Centers for Disease Control and Prevention identified hand hygiene as an important way to prevent the spread of infection.” It took over a century for this to catch on (we’ll excuse the other several centuries where illness was probably presumed to be caused by some mystical force).

“We are a very hard society to change cognitively” – Ralph Nader

Time and evidence have almost always prevailed, and I have faith this will continue. It just might not happen as soon as we’d like.