Out of curiosity I googled this title and the third result was a Quora page. I’ve broken down just 6 of them and shared some of my own along the way.

In my world of science, opinions don’t count much. So I stopped taking them seriously. When something is based on peoples’ perception and not reality, why should I even bother about their biases, strange interpretations, conditioning of their minds, emotions, ignorance and beliefs? I just play with them for a brief period to understand people around, and then move on.

Employed at The University of Texas at Austin

My opinion is that far too many people use their opinions in a flimsy attempt to legitimize and promote false information. In the long run, this hurts people. You don’t need health insurance. Marriage is just a piece of paper. Everyone should own a home. All of these statements are opinions, and they are so patently wrong that they cannot even be prefaced with “It is my opinion that …”

Philosophy and diploma in counselling and every day life

Peoples opinions are very valuable, we can learn by them. There is no such thing as a bad one. Opinions disclose the person, their thoughts and wishes. Only those less versed in people will argue with those opinions.

Opinion 4: Some People Shouldn’t Have Opinions

PhD In Mentation, University of Life

Everyone has opinions, even people who shouldn’t.

Opinion 5: I Have Them, But They Might be Wrong

Opinions are generally unnecessary. They also cause a lot of problems when they are regarded as fact. I often will tell people that something is “only my opinion/speculation and not to regard it as fact” that’s because I’m very open to my opinions and speculations being wrong. I don’t hold strongly to them. I use them only to guide strategy and change strategies whenever the opinions are wrong.

Opinion 6: People Only Care About Their Own Opinions

First, that everybody has one, including me. Second, that most people want you to know their opinion but they don’t want to know yours. Third, most of the opinions I hear are naive and not well thought through. They mostly amount to what a person wanted to believe in the first place. Fourth, all of the above are opinions.

I’ve condensed each of the quotes to a simplified underlying message. Quora interestingly allows users to specify their “credentials”. These have been listed with each person’s answer above. It’s interesting to reflect on how you responded to each opinion and the specified credentials. While I could identify with each answer a bit, I would be lying if I didn’t admit that I identified most with Opinion 5 from the software engineer.

I’ve condensed the answers to fairly dramatic conclusions. It’s interesting to identify the different dimensions that underlie the responses. Some I identified:

You probably subconsciously came up with your own. Maybe you’re wondering if I intentionally listed the ones I agree with on the left or the right. Just with the above, there are 6 dimensions (easily more if you really think about it). In 2 dimensions, you generate four distinct types. Even that is an oversimplification as there are infinite possibilities for where you can land within a quadrant. If someone falls at (0, 0) does that mean they have no opinion at all or is it a valid opinion to sit on the fence understanding both perspectives but choosing to value equally. This is already surprisingly complex and we’re just talking 2 dimensions. 3 dimensions brings us to 8 quadrants, 4 has 16, 5 has 32, and 6 has 64. If my memory serves me correctly, each dimension doubles the state space. Even with just one dimension we already had ∞ possibilities and now with 6 we have 64 * ∞. 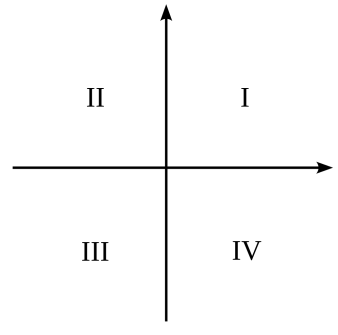 Enough numbers (just kidding still plenty more), what is my point (opinion?)? The main one is that it’s complicated. I have 171,476 English words to choose from and another ∞ ways to string those together. I’m 800 words in and readers of this will also fall along a spectrum of understanding. Maybe you’re sitting there thinking “ya, he’s definitely #5”. Probably half didn’t make it through the full article. Some might think I’ve avoided making any point at all. “Too many numbers, you lost me after the 3rd dimension”. For my most reliable readers, search indexing bots: opinions, opinions, opinions, opinions, best blog post on opinions, why do we have opinions?, what is my opinion?

The final point (or is it the same point) I’ll end on is that not only do we have an infinite state space for our internal reprentation of an opinion and infinite ways to communicate it, there is also an infinite number of ways to interpret all of that. The likliehood that all of that aligns perfectly is slim to none. The best we can do is try to nudge ourselves closer to understanding.